Have you ever run across a recipe that totally saved you from a major food rut that you were unknowingly about to swerve into? That's what happened to me with this awesome recipe from Smitten Kitchen. I've been obsessed with lighter dinners that are still filling. Lighter doesn't have to be less flavorful. As soon as I saw this recipe I knew it would hit the spot, and you know what - mission accomplished.


Most of the time in the dishes I make I feel that the pancetta/prosciutto/bacon can be left out without much detriment to the overall flavor, but I'm not sure that's the case here. The proscuitto that we used really added another depth of flavor. The hubs and I both shoveled this down and I can't wait to make it again!

In a cast iron skillet, over medium heat, fry the proscuitto until browned and crispy. With the drippings from the proscuitto or with a little added olive oil, add the potatoes. Season with salt and pepper to taste. Let them brown on one side without without moving them. Then flip the potatoes and do the same. When the potatoes are about 3/4 of the way to being cooked, add the onions.


Let the onions cook for about 5 minutes and then add the asparagus. Cover the skillet and let cook until the potatoes are cooked through and the asparagus is cooked but slight crispy, about another 5 minutes. If desired, serve with a fried egg on top for a slightly more filling dinner.

Try to stop yourself from licking the plate clean!
Posted by Allie at 8:46 PM 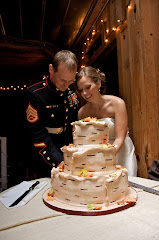